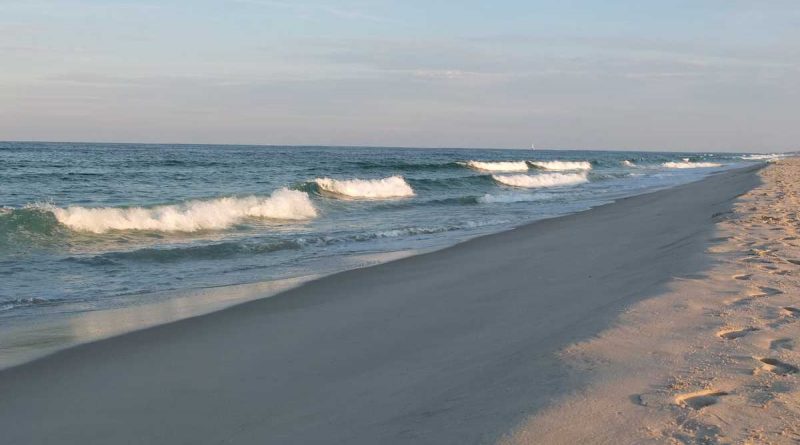 For a beachside experience that incorporates dance-til-you-drop nightlife with an active local community, look no further than the entertainment-filled Jersey Shore.

Flecked with bright umbrellas, athletic beachgoers, and families pitching in to set up that first big sandcastle, every one of the Jersey Shore’s many beaches offers an excellent place to get away from it all. Try a soothing sunbathe at Long Beach Island or the Cape May Beaches, where the crowds thin out and people come to test the waves and play in the sand. Just a brief drive away, the 217 steps of the Barnegat Lighthouse rewards climbers with sweeping views and a glance back in time to one of the older lighthouses on the Eastern coast. And, of course, wandering the Ocean City Boardwalk means hours of the Jersey Shore’s signature entertainments: seaside shops, arcade games, slices of fresh pizza, and the party scene of Music Pier.

The Jersey Shore has newly developed a reputation. If you have ever seen the show The Jersey Shore on MTV, you know why. While this is a reality show, television has changed people’s perception of the Jersey Shore because of the show. And individuals who have never been to the Jersey Shore now think it’s a place for singles looking to party at all times. This is not the case at all. The Jersey Shore is really more geared toward families. That’s why there are so many amusement parks, water parks, and carnival games. The few bars in each Jersey Shore town are what bring the party animals.

Unlike most places, this part of the Jersey Shore between families and singles actually works out very well. The families take over the town by day and evening and singles rule the town by late night. Keep in mind, individuals looking to party usually don’t head out until around 10 p.m. By this time, families are happy at their Jersey Shore rental and the kids are in bed. Another reason this set-up works so well is because the party people visiting the Jersey Shore are often family-oriented people themselves. Therefore, they have respect for families when they see them.

Be ready for all the family fun and exploration you can handle when you book up your summer at one of the Jersey Shore’s beautiful properties. From warm cottages that open up on beach views to refreshing private pools, everything you need for the summer of a lifetime is good at your fingertips.

Going down to the Jersey Shore is a famous summer tradition with mid-Atlantic residents from New York, Philadelphia and, of course, New Jersey. Busy city dwellers trade a subway for a beach cruiser and embrace a vacation of boogie-boarding, beachcombing and cruising the boardwalk. While basic hotel accommodations are accessible all along the Shore, most visitors choose to get cozy in a rented house, ranging from simple condos to beachfront mansions. Here’s our selection of the finest Jersey Shore beach towns, from north to south.

Spring Lake is one of the more refined spots on the Jersey Shore with stately homes, tranquil beaches and a non-commercial boardwalk. And then there’s the namesake lake situated in the middle of town, bordered with weeping willows and quiet nooks, perfect for a serene evening stroll. The Breakers Hotel has sustained some name changes and lots of improvements since it first cleared in the late 1800s. With its wraparound porch, it is a majestic presence on the beach and the only beachside hotel in town. Spring Lake is just 60 miles from central New York and is accessible by train from the city, making it an attractive day-trip or quick weekend getaway for New Yorkers.

Island Beach State Park is a secure barrier island in the Atlantic Ocean and Barnegat Bay. This 10-mile stretch of pristine beach is far separated from the frenetic pace and nonstop activity at nearby Seaside Heights. Little has altered here since the Native Americans and early explorers enjoyed the shore hundreds of years ago. The beach’s rolling dunes and dense forests are home to red foxes, osprey and a variety of shore birds. Unlike other NJ beaches that charge per individual, here you pay a flat fee for your vehicle. Plan to arrive early on weekends and summer holidays as staff closes the beach to new guests once the parking lot is full.

Long Beach Island, or LBI as it’s acknowledged to the regulars, includes 18 miles of fine silky sand and some of the best breaks along the Shore. With its boozy nightlife and busy beach landscape, Beach Haven is popular with the young crowd spending weekends at the Shore. Ship Bottom is a popular family spot with a playground and placid bay beach away from the ocean’s currents at 15th Street. Surfing is allowed at 19 spots along some of the area’s best beaches, including Barnegat Light, Harvey Cedars, Surf City and Ship Bottom. Whether you’re a diehard surfer or just see from the beach, you’ll want to check out the original Ron Jon shop in Ship Bottom. The first Ron Jon surf shop opened here in 1961, and today this 4-story surfing emporium sells everything from boards to board shorts for those who just want to look the part.

Identified as the America’s Greatest Family Resort, Ocean City is often voted the best beach in New Jersey. There are 8 miles of shore for swimming, boogie-boarding and sandcastles. A wooden boardwalk lines 2-1/2 miles of these beaches, welcome visitors with rides, mini-golf, carnival games and a water park. A spin on the Ferris wheel followed by some free fudge samples is the peak of nightlife in this dry town, making it a popular spot for families who enjoy old-fashioned fun. The boardwalk scene is even more festive on Thursday nights in July and August with free entertainment including musicians, magicians and karaoke.

Together, the nearby towns of Stone Harbor and Avalon form 7 Mile Beach, a wide span of shore known for its cool ocean breezes. Bring a kite to the beach in Avalon and watch it soar over the dunes or simply lounge on the sand. Then head to Stone Harbor for the shopping along 96th Street and Third Avenue where surf shops selling the season’s best flip-flops sit next to boutiques peddling art, jewelry and unusual souvenirs. No stay is determined without some homemade ice cream from Springer’s, which has been scooping the Shore’s best for over 8 decades. If you need a rest from the beach, head inland to the Wetlands Institute for a kayak tour through the marshland and possible turtle-sights.

Wildwood occupies a special spot in pop-culture history as the focus of Doo Wop in the 1950s and 1960s with colorful motels, bright diners and flashy neon signs. Young people flocked to nightclubs like the Rainbow Club where Chubby Checker first established the world to the Twist in 1960. Today, the Doo Wop Preservation League works hard to keep the space-age architecture and keeps the kitschy spirit alive with historic tours. Today’s beach scene may be distinct from the beach blanket bingo days of old. The twisting and turning is more likely to be encountered at one of the boardwalk’s 6 bone-rattling roller coasters or 3 water parks. However, with free admission and a busy boardwalk scene, countless families and groups of friends still stake their spot in the sand amidst a sea of bright umbrellas.

You realize you’ve arrived when you reach the mile marker “0” on the Garden State Parkway. As the farthest point south on the Shore, Cape May is the crown jewel of the region with lovely beaches and a picturesque town center filled with gingerbread Victorians and colorful bed and breakfasts. Bring your binoculars to the beach to discover the playful dolphins jumping in the wake. Just before sundown, head to Sunset Beach to catch the daily lowering of the US flag followed by Taps. Then head to town for a cocktail at the hip Brown Room at the stately Congress Hall hotel. Other dinner choices vary from the casual seaside ambience at the Lobster House to formal dining at Union Park or the Ebbitt Room. After dinner, peruse the shops in Washington Square, climb aboard a trolley for a slow tour of town or learn about the area’s long-term residents on a spooky ghost tour.

Jewels of the Jersey Shore

There’s this thing that goes on as you head south along New Jersey’s Garden State Parkway. Suddenly the road drops low and flat, kissed on either side by grassy marsh, while the wide-open sky blurs into a watery horizon. As you get closer to the Atlantic Ocean and begin to take in the dunes and the deep-set beaches, you can’t help but admire: Is this really the Jersey Shore?

It’s a reasonable question, given the disasters both natural and unusual . But draw close and take a serious look at these 130 miles of magnificent coastline, and these 10 towns that are the cream of the crop.

Bruce Springsteen named his 1973 album “Greetings from Asbury Park, N.J.,” but keeping a series of development woes and economic downturns, this beach town spent several decades with little to tell home about. Recent revitalization efforts, however—including, in 2016, the opening of the first new Asbury Park hotel in nearly 50 years—have attracted Brooklyn creatives and the like, who gather to the Silverball Museum Arcade and take selfies in front of the murals adorning the Sunset Pavilion building.

The town’s welcome sign boasts that it’s “cooler by a mile,” a reference to Avalon jutting out one mile further into the Atlantic Ocean than any other point on the Jersey Shore. But this neighborhood, one of the state’s wealthiest, also earns its cool cred from the lively scene around Dune Drive, which draws hipsters to preppily named spots like The Whitebrier (best for outdoor cocktails) and The Princeton, where you can dance until the wee hours.

Separated from the mainland by a narrow canal, Cape May feels somehow a world apart. Horse-drawn carriages and trolleys add an air of elegance, as does the open-air, pedestrian-only Washington Street Mall, where you’ll find antiques stores and art galleries. But it’s the Victorian-era buildings in town that show the most transporting; walking past the gingerbread confections is like flipping through a storybook that gets back to the mid-1800s, when Cape May became America’s first seashore resort town.

Known locally as LBI, the 18-mile island is separated by State Route 72, with laid-back communities like Barnegat Light and Harvey Cedars to the north, and a bit more bustle in spots like Ship Bottom and Beach Haven to the south. But no matter which direction you choose, you’ll still feel a quintessentially seaside vibe, thanks to the multitude of coastal trails and crab shacks, not to point out the original point of the surfing mecca known as Ron Jon Surf Shop.

If this peaceful hamlet feels more residential than resort, it’s with good reason: There’s not a single hotel to be found within the town limits. Of course, given that Margate’s beaches are narrower than most others on the shore, you can hardly blame longtime regulars.

As anyone from New Jersey can swear, the Jersey Shore is one of the best places in the world. So, be certain to spend the best time of your life here, live comfortably and have endless fun. Also, be sure to bring your family, friends, or your loved to better enjoy the view. Have a great experience spending your time in this magnificent place with so many options for you to choose from- food, places, activities, and so many more. Choosing the New Jersey Shore as your next destination will be one of the best decisions you will make in your entire existence.