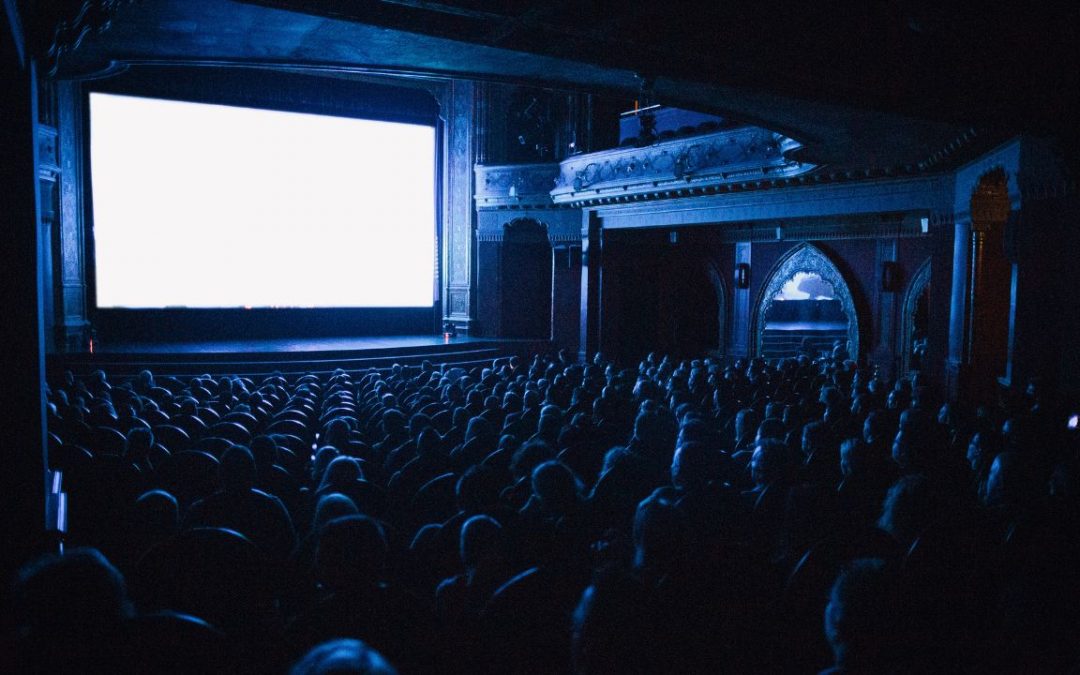 Kevin Smith will once again reside in New Jersey. The Red Bank native will still be based in Los Angeles, but Smith is returning part-time to hang in the Highlands, where he came of age during the ’80s.

The writer/director/actor recently purchased the Highlands’ Atlantic Moviehouse. “I just bought the movie theater where I watched movies as a kid,” Smith says in a call from his Los Angeles home. “The theater comes with a living space above it. It’s a dream come true for a fat kid from New Jersey who spent his childhood at the movies. I can just go down in my bathrobe and watch the latest releases on my screens.”

Smith, who is the opposite of his character Silent Bob, cheerfully provides endless details about his theater. The venue, which is a stone’s throw from the Shore, is a charming, five-screen theater that originally opened in a garage in 1912. The Movie House became a theater in 1921. “It’s like home to me,” Smith says.

The Atlantic Movie House may not be Smith’s only Garden State purchase in 2022. Smith, who owns Red Bank’s uber-cool comic book shop Jay and Silent Bob’s Secret Stash (named after characters from Smith’s films) is trying to strike a deal with the owners of Leonardo’s Quick Stop—the shop where he worked and shot the iconic Clerks a generation ago—to buy the convenience store.

While shooting Clerks 3 in 2021, Smith was completely blissed out while once again working at the Quick Stop, albeit in a very different capacity. “It was like the fantasy camp of a lifetime,” Smith says. “I was back doing my favorite thing, which was hanging out, and this time, making a movie. I loved being at Quick Stop when I was 20. I just hated working there. This time, I didn’t have to ring up any customers. It was like having your own Death Star set up.” (For the uninitiated, in Star Wars, the Death Star is the Empire’s ultimate weapon.)

Smith, 52, remembers what it was like to toil at the convenience store before the cell phone and Internet era.

“I would bitch about being there,” Smith recalls. “Then we would close at 10:30 [pm], and after we lowered the steel shutters, we would hang out until three in the morning talking about movies, hockey and comic books.”

It would have been easy for Smith to move on from filming at Quick Stop for Clerks. Building a Quick Stop set would have been no problem. “But all of the magic happened at the real Quick Stop,” he says. “I had to shoot there. I have a fake Quick Stop in the back of the Secret Stash. But there’s nothing like the real [one]. I had to talk to Rajiv Thapar (the longtime owner) about buying their Quick Stop.”

“I’ve known Kevin since he made the first movie when we were all young,” says Thapar. “I didn’t see the vision back then. It’s nice to see someone become a success due to a story that came out of his mind.”

The irony of his Quick Stop devotion isn’t lost on Smith. “I remember thinking, I hate this place, and this job would be great without the customers.” He now realizes that those regulars, who had the audacity to interrupt his viewing of Beverly Hills 90120 to buy cigarettes, paved the way for his cinematic future. “I remember thinking that someone should make a movie about this experience, and that someone was me,” Smith says.

Smith maxed out a bunch of credit cards and made Clerks for less than $30,000. “It could have been a disaster,” he says. “What if no one was interested in the film?” But it was a critical and commercial success. The film grossed $3.2 million and was selected for preservation by the United States National Film Registry by the Library of Congress as “culturally, historically or aesthetically significant.” The quirky black-and-white movie set Smith up as a filmmaker who earned further acclaim by crafting such flicks as Chasing Amy and Dogma.

Clerks 3 made its second world premiere September 4 at the Count Basie Theater, after a viewing at the Atlantic Movie House in August.

“Clerks 3 was the first time since Clerks that I was able to shoot an entire movie in the Garden State,” he says. “It was an amazing experience.”

Clerks 3 is a meta film. Clerks protagonist Randall has a heart attack and almost dies, just like Smith did in 2018. Randall realizes he’s been watching films his entire life, but never made his own. Randall and his pal Dante write and direct Inconvenience, which is essentially Clerks.

“To make the movie work properly, we had to shoot it at the real deal,” Smith says. “It all worked out.”

The only downer for Smith was filming during the pandemic. “I’ve always been like, ‘Hey, everybody watch,’” he says. “It couldn’t be that way this time, but I had the chance to spend a lot of time in New Jersey. We have the weather [in Los Angeles] all year long, but New Jersey has everything else.”

Smith spent considerable time at his beloved Secret Stash while shooting Clerks 3. “I was back at the Stash last year and this year as well, since this is the year-long celebration of the Stash’s 25th anniversary,” Smith says. “The Stash is one of the great side accomplishments of my career. Who has a brick-and-mortar shop that still stands after 25 years? Not many people.”

“I was thinking back in my 20s that I would retire and have a comic book shop,” Smith says. “But back in (1996), the guy who owned the store (Comicology) that me and my friends used to go to all of the time offered to sell me his store. The guy, who I always called Steve-Dave, since I didn’t know if he was Steve or Dave, said he would sell me everything, all the comic books and the client list, for $60,000. I said, “$60,000?” And in that instant, Steve-Dave countered himself by asking for $30,000. I thought, Man, that’s as much as I spent for Clerks. I can do this.”

Smith asked his close friend Walt Flanagan, who turned him on to comics back in the ’80s, to manage the store. “I thought it would be a done deal,” Smith says. “But Walt said he had to stay with his day job since he had security working there.”

Smith offered him double his pay, and in 1999, Flanagan finally agreed to manage the Secret Stash. In 2011, AMC green lit a reality show about the store. When Smith asked Flanagan to star in the series, he once again turned down his pal. “Walt said he didn’t want to be Snooki,” Smith says. “I said, “Who wouldn’t want to be Snooki?”

Flanagan eventually signed on, and AMC dubbed the series Comic Book Men, featuring Smith and current Stash manager Mike Zapcic. The show ran for seven seasons. “I loved being part of the show, and I enjoy working at this comic book shop like you can’t believe,” Zapcic says.

The Secret Stash is akin to Planet Hollywood thanks to Smith, who showcases cool memorabilia throughout the shop. There’s Silent Bob’s wardrobe from Clerks, the Bluntman and Chronic pages from Chasing Amy, and best of all, the Buddy Christ statue from Dogma.

The latter is special for Smith since he wrote in the voice of his comedy hero, George Carlin, who was hilarious as the Cardinal in Dogma. While doing press for Smith’s Jersey Girl in 2004, Carlin gave a parting message as the film was wrapping: “What I said to him at Dogma was, ‘Kevin, if you ever need somebody  to strangle six children, I’m your guy.’”

In the audio from the 2004 interview, the verbose Smith pulled a Silent Bob for a lengthy pause. “I loved hearing his voice say my name in life, and in death, it’s even more precious,” Smith says. “That’s because George isn’t saying anything new. Hearing him reference me was touching, and it reminds me of a golden period of my life and career. When I had the world on a string, it wasn’t about money or drugs or sex for me. My dream was to work with George Carlin, the world’s greatest comedian. While growing up in New Jersey, Carlin was who informed my vocabulary. And I had the chance to write in his voice. I’m very proud of that.”

Smith says he has many more movies to make. “I remember thinking when I was having the heart attack that I can’t go out on (2016’s) Yoga Hosers,” Smith quipped. “I’m healthy. I’m vegan. I want to make Clerks movies till the day I die. It’s my favorite story of all of the stories I’ve told. It’s the most relatable. So many people have crappy jobs. Making a manifesto to the working man isn’t what I wanted to do. I wanted to make a manifesto for my friends to watch. It worked. If I don’t make Clerks 10 then I’ve failed. And there’s nothing like making the Clerks films in New Jersey. The root of my inspiration is in the Garden State.”

Ed Condran is a frequent contributor to New Jersey Monthly.