Jersey City’s on-demand bus service just surpassed one million rides. Via Jersey City is the go-to form of transit for around 50,000 residents and visitors per month, according to city officials.

“The record ridership for our Via microtransit service is just one measure of its incredible success,” said Mayor Fulop. “The service continues to provide vital transportation for exactly the communities that it was intended to uplift.”

Launched during the height of the pandemic (February 2020), Via offers on-demand shared rides to areas of Jersey City formerly considered “transit deserts.” Any rider in Via’s designated service zones can book a ride through the Via app (Android/iOS). Via’s algorithms then match riders headed in the same direction into one vehicle, creating efficient and sustainable routes. Riders without smartphones can book by calling a phone number. Wheelchair-accessible vehicles are also available upon request. 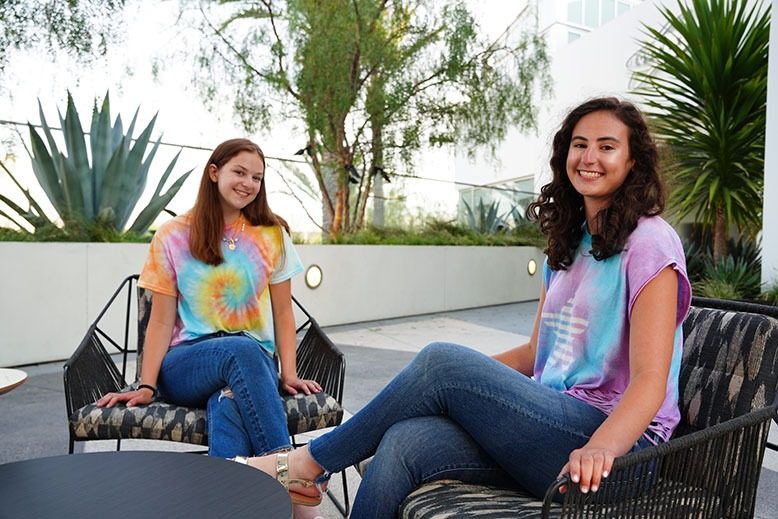 Bored during the pandemic, sisters Brooke Greenberg, 23, and Lauren Greenberg, 16, started tie-dying clothing in the laundry-room utility sink of their Cherry Hill home. After their creations got some buzz on Instagram, they founded Tie Dye LAB (which stands for “Lauren and Brooke”). Since May 2020, they have fulfilled more than 1,000 custom orders through their website, brand collaborations with Frankie’s on the Park and Creative Communal, and boutiques in several states.

Today, Brooke, a clinical psychology PhD. student at Nova Southeastern University in Florida, handles the administrative duties, and Lauren, a rising junior at Cherry Hill East High School, does all the tie-dyeing. “From time to time, there’s not a kitchen table due to the orders piling up,” says Lauren. “Our family’s involvement in the business is 0 percent financial, but 100 percent helpful.” Their grandmother is known as the chief product wrapper, and their mom often brings orders to the post office while Lauren is in school, since she doesn’t have a driver’s license yet.

The sisters’ newest venture is working with sororities through so-called virtual trunk shows. In this partnership, 20 percent of the proceeds from each sale are donated to the Greek organization’s national charity.

After all, Brooke served as the philanthropy chair for Phi Mu at Muhlenberg College. “I found that members will pay a decent amount of money for apparel and to support their sorority’s philanthropy,” she says. “I also remember organizing philanthropy events as stressful and time consuming, so we framed the idea as something that would be no extra work for the sorority.” Tie Dye LAB initially reached out to a few chapters, and the program has successfully expanded to 42 chapters across the country through word of mouth.

“Our customers are putting thought into something that they want to create and wear, which is something that we take a lot of pride in,” says Brooke.

With both sisters aspiring to careers in medicine, maybe Brooke and Lauren will soon become the first doctors to wear tie-dye coats instead of white ones.

The post These Sisters Launched a Virtual Tie-Dye Store From Their Cherry Hill Home appeared first on New Jersey Monthly.