Autumn Has Arrived, It’s Halloween Season and New Jersey Has Some Cool Cemeteries

Autumn has arrived, it’s Halloween season and New Jersey has some cool cemeteries. I recommend that you respectfully stroll through your local graveyard. Don’t knock anything down, don’t touch anything, don’t be a dick, just look around and take it all in. Take a picture, it’ll last longer. Inspiration finds me when I stroll with [&hellip The Weekender: Jazz Night at The Grind, Night Market returns to City Hall

Celebrate the first weekend of October with a special jazz night at The Grind. Or head to the City Hall Annex Lot to spend an evening feasting on local eats and drinks with the JC Night Market crew.

What: Jazz Night at The Grind
When: Friday, September 30 from 5pm to 9pm
Where: 360 Communipaw Avenue
The Grind is hosting a night of live jazz featuring Justin Sabaj & Friends. Plus, there will be complimentary espresso martinis courtesy of The Community Spirit Vodka.

What: Zeppelin Hall Oktoberfest
When: through October 23
Where: 88 Liberty View Drive
Oktoberfest is back at Zeppelin Hall. Through Sunday, October 23, you can order a variety of German beers, brats, pretzels, and more.

What: Smorgasburg Jersey City
When: Saturday, October 1 from 11am to 6pm
Where: Harborside Plaza & Hudson Street (behind Smorgasbar)
Smorgasburg is back at Harborside for another season of eats. The outdoor market will offer food from numerous vendors including Cake Jars, Carlitos Barbecue Taqueria, and more. The market will operate every Saturday. Admission is free and there will be various outdoor dining options throughout Harborside JC.

What: Deb Devi at Fox & Crow
When: Saturday, October 1 from 8pm to 10pm
Where: 594 Palisade Avenue
Deb Devi will perform at Fox & Crow tonight. Devi blends blues-rock, jam, Americana, and pop influences with her masterful guitar playing and soulful vocals. Admission is $10/pp.

What: Movie Night at Dullboy
When: Sunday, October 2
Where: 364 Grove Street
Every Sunday night, Dullboy will be screening a movie in its patio. The movie will begin at 8pm. Make sure to give them a follow on Instagram to find out what movie they’ll show.

What: Tony Malaby’s Under the Turnpike Trio at The Statuary
When: Sunday, October 2 from 5pm
Where: 53 Congress Street
Former JC resident and saxophonist Tony Malaby made headlines for playing jazz under the turnpike during the height of the pandemic. Join Malaby with John Herbert (bass) and Billy Mintz (drums) for a session at The Statuary. Doors open at 5pm and the music starts at 6pm. A suggested music donation of $25 is appreciated. All music donations go toward artist fees for this and future events. 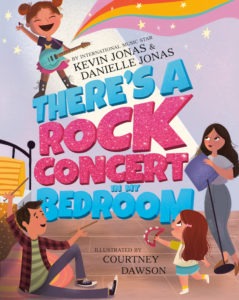 The Garden State has always grown serious musical talent, from Frankie Valli and the Four Seasons to Jon Bon Jovi to Queen Latifah to Wyckoff’s own Jonas Brothers.

The Jonas Brothers—made up of real-life siblings Kevin, 34, Joe, 32, and Nick, 29— splashed onto the scene back in 2005, broke up in 2013, and reunited in 2019 to huge fanfare. The pop trio came back strong with a string of hits, like instant favorites Sucker and Only Human, and a comeback tour that ended just before the pandemic began.

These days, Kevin is the only bandmate who lives in New Jersey, where he knew he’d one day put down roots after his career brought him around the world. The reason? He made a promise at the start of his marriage to fellow Jersey native Danielle Jonas that they’d quickly settle down and raise a family here. “I got a year not in New Jersey,” Kevin says with a laugh. “Most of my work was elsewhere.”

The couple, who tied the knot in 2009, are raising their two daughters, 8-year-old Alena and 5-year-old Valentina, in Denville, just a few blocks from Danielle’s parents’ house and close to many of her childhood friends, which makes things easier when Kevin is on the road. “It’s been a blessing—really nice for us to have a safe place here and a community around us,” says Kevin.

Nick and Joe are now both based on the West Coast with their own growing families: Nick and his wife, Quantico star Priyanka Chopra, recently welcomed a baby via surrogate, while Joe and wife Sophie Turner, of Game of Thrones fame, had a daughter named Willa in 2020 and are reportedly expecting again.

But whenever Kevin’s family comes back to the East Coast, he and Danielle make sure they get their fill of Jersey delicacies. “We still bring the Taylor ham to them,” Danielle, 35, says. “Or the meatballs.” Adds Kevin, “We are true Jersey, through and through.” “There’s a Rock Concert in My Bedroom,” geared toward kids ages 4-8, is based in part on a real-life experience with Kevin and Danielle’s daughter Alena.

In Kevin and Danielle’s daily life, music is, of course, ever-present—though lately, Kevin says his own tunes have been “dethroned” around the house by the soundtrack to Disney’s ultra-popular movie Encanto, which just won an Oscar for Best Animated Feature Film. Kevin also tries to teach the girls music; while guitar is still a bit challenging with their small fingers, they love to “pretend along with me,” he says, adding: “We encourage the arts, but never force it.”

When Kevin is not on tour, the family loves spending time together outdoors and hitting towns like Montclair and Edgewater. They also head down the Shore each summer. “It’s our own version of the Hamptons; it really is incredible,” says Kevin (though he didn’t need to sell the Shore to us!).

The couple’s new project, a children’s book called There’s a Rock Concert in My Bedroom (out March 29 from Razorbill), is based in part on Alena’s own experience with a dance recital that became so serious for her, she almost stopped having fun. In the picture book, which is geared toward children ages 4-8, a girl named Emma overcomes her nerves before the school talent show by remembering—with some help from her family—to simply have a good time.

Books, Danielle finds, are an important tool for talking about feelings, especially with a child who is not forthcoming. “The biggest hurdle with kids is figuring out what’s going through their heads,” she says.

Never was that more apparent than during the pandemic. Danielle says Alena became worried about getting sick, while Valentina was too young to really understand the situation. Once restrictions lifted, Kevin and Danielle gave Alena the choice of being homeschooled or returning to in-person learning. She chose school to make new friends.

“It was an eye-opener talk to them,” says Danielle, while Kevin notes the girls are both “thriving.”

Jersey City’s All About Downtown Festival is this Saturday

The All About Downtown Food Festival returns to Jersey City this Saturday, September 17. Crowds of up to 20,000 have attended the event in previous years, according to festival organizers. The event is spread throughout the Jersey City Pedestrian Plaza.

Now in its 11th year, the festival sprawls from Grove Plaza to Coles Street giving foodies the chance to indulge in eats from New York, New Jersey, and surrounding areas. It’s a huge event for small businesses, says Rachel Sieg, executive director of the HDSID — the organization that plans and operates the event. Highlights for 2022 include beer gardens, rides for kids, and live music throughout the day.

All About Downtown Food Festival Vendors

Some of this year’s vendors include:

All About Downtown Street Fair 2022
When: Saturday, September 17 from 12pm to 8pm
Where: Pedestrian Plaza

The post Jersey City’s All About Downtown Festival is this Saturday appeared first on Jersey City Upfront. 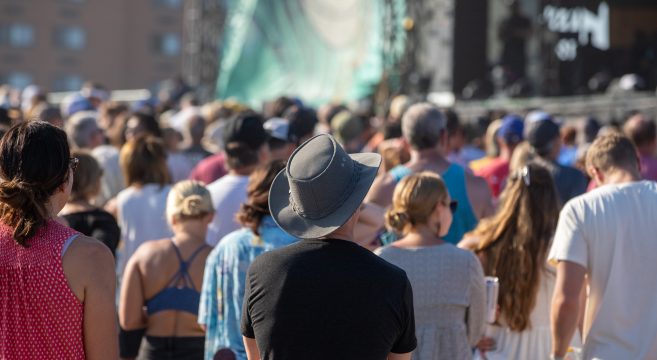 The Sea Hear Now Festival in Asbury Park has become the preeminent multi-day concert that New Jersey fans look forward to each year. It starts this Saturday the 17th and the roster of acts this year is quite varied. Fleetwood Mac’s Stevie Nicks is the headliner Saturday and pop punkers Green Day close out the [&hellip 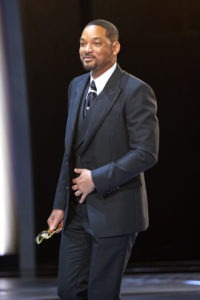 Everybody apparently loves Chris … except for Will Smith.

Ticket prices for Chris Rock’s upcoming comedy tour—which kicks off at the Borgata in Atlantic City on April 2—have spiked in the days since Will Smith now-infamously slapped Rock across the face on stage at the Oscars.

Ticket resale website TickPick reports that prices went up from a minimum of $46 per ticket on March 18 to a minimum of $341 following the Oscars, according to Variety.

“We sold more tickets to see Chris Rock overnight than we did in the past month combined,” the site tweeted Monday, one day after the Academy Awards.

Rock, who lives in the ritzy celebrity enclave of Alpine, NJ, begins his nationwide Ego Death World Tour with two shows at the Borgata on April 2. On Tuesday night, tickets were sold out via direct Ticketmaster sales. On resale site Stubhub, Borgata tickets were going for $368-$720. Prior to the official start of his tour, Rock, 57, is playing Boston’s Wilbur Theater from March 30-April 1. After his performances in the Garden State, he goes on to play cities including Pittsburgh and Las Vegas.

In a moment that shocked film fans worldwide, Smith walked up on stage and smacked Rock in the face at Sunday’s Oscars, after Rock made a joke about his wife Jada Pinkett Smith’s short hair. Pinkett Smith suffers from alopecia, which causes hair loss. Pinkett Smith has been open about her condition in the past.

Shortly after going after Rock, Smith, 53, won an Oscar, his first, for Best Actor for his role in “King Richard.” He gave a long, tear-filled speech that centered on defending his family.

During the speech, he apologized to the Academy and others at the show for his behavior, but did not mention Rock.

However, on Monday, he issued an apology on Instagram that read in part: “Jokes at my expense are a part of the job, but a joke about Jada’s medical condition was too much for me to bear and I reacted emotionally. I would like to publicly apologize to you, Chris. I was out of line and I was wrong. I am embarrassed and my actions were not indicative of the man I want to be. There is no place for violence in a world of love and kindness.” Will Smith and Jada Pinkett Smith sit in the audience at the 2022 Oscars. Photo courtesy of Richard Harbaugh/A.M.P.A.S.

Rock has lived in a $3 million mansion in Alpine—which consistently ranks as New Jersey’s most expensive zip code—since 2011. The four-bedroom, four-bathroom, 10,300-square-foot pad is located on 2 acres, according to the New York Post. Other famous Alpine residents include Tracy Morgan, Lil Kim and Stevie Wonder.